Suraj Mehta, a visionary who has turn around innovation 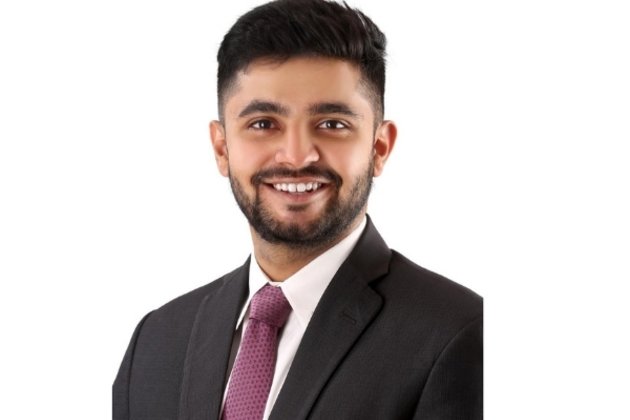 New Delhi [India], January 21 (ANI/Digpu): Suraj Bipin bhai Mehta is an exemplary figure in the field of entrepreneurship and social responsibility. He is the brain behind a very innovative mobile application for '108' emergency services in the state of Gujarat. This app has revolutionized emergency response services in Gujarat. It provides latitude and longitude details of caller to Emergency Response Centre (ERC) through google map. This saves time, and operator at ERC will not need to ask location details manually. Besides, Caller, hospital and ERC have real-time details of location and expected time of arrival of an ambulance on digital screens. This has changed the game in the real-time scenario.

Suraj was born on 28th December 1992 in the city of Rajkot. His mother's name is Bina ben Mehta. Suraj is born and brought up in Rajkot and has done his schooling from S N Kansagra School in Rajkot. Post completing his 12th standard, Suraj got admission into Narsee Monjee Institute of Management Studies (NMIMS University) in Mumbai where he pursued Bachelors in Information Technology (Engineering in IT) and Master in Business Administration (MBA tech) in Finance. He Post graduated from NMIMS University in 2016 and joined one of the big four consultancy firms in Mumbai.

Suraj has a natural inclination towards fighting the odds and inventing something new which can be a bliss for humanity. In the tough times of covid, Suraj ensured that state governments and district administrations need to be helped in a different way. He keenly observed challenges on the ground and therefore with the intention to help different state governments and district administrations joined his hands with an initiative called "ACT Grants".

As a response to the ongoing COVID crisis, a number of leaders from the Indian Startup Ecosystem have come together to create the ACT Grants initiative. It is an INR 100 crores corpus funded entirely designed for enabling Startup to serve the current COVID crisis. The aim of the initiative is to fund projects which can have an immediate impact to combat COVID-19 in India. They have started working with a number of state governments in India. Suraj has spearheaded this fight to save humanity and embolden the common spirit.

Suraj's vision and innovation have delivered miracles in the field of emergency services. India's first integrated emergency services platform was designed to bring more efficiency and best in class features in the existing initiative of 108 ambulances in Gujarat. Suraj got this huge project up and running in less 8 months. Hon Chief Minister of Gujarat Shri Vijay Rupani has officially launched this project on 23rd May 2018 from GVK EMRI headquarters in Ahmedabad, Gujarat.

Hon CM Vijay Rupani in his speech lauded the contribution made by Suraj in conceptualizing and driving this initiative towards successful implementation. This entire work was done absolutely on an honorary basis by Suraj. Later Hon CM Vijay Rupani in his official letter addressed to Suraj has recognized his efforts and thanked him for his involvement. At present data of around one lakh, beneficiary patients/month is noted down manually in hard copy. Detail of patient will be available to the hospital in advance with live location detail of ambulance on way and expected time of arrival. The app has also feedback facility. Through this app, the driver will get real-time details of traffic and the shortest route. The app has details of 4,000 hospitals with the type of treatment they offer. This will help the driver/patient to choose a perfect nearest medical facility.

Suraj is also very passionate about Indian Armed forces and therefore with his brilliant ideas and skillsets he successfully ran a couple of initiatives in Indian Airforce on a totally honorary basis and in an individual capacity (No compensation, reimbursements or any other form of monetary transactions).

Suraj has achieved a lot in his professional career. He is the key team member of Commercial Due diligence engagement in Health Insurance Sector. He has assisted in a couple of Media Engagement with primarily included research and market assessment for Film production industry of India. He was part of FiCCI Frames KPMG Report 2017 which was launched in April 2017.

Suraj was a key stakeholder in a couple of strategic initiatives undertaken by Indian Airforce and for which he received one of rare commendation from Air Marshal R K Dhir, Air officer commanding in Chief of Southwestern Air Command of Indian Airforce on 30th September 2018. He has received Outstanding Alumnus Award in 2019 from Narsee Monjee Institute of Management Studies (NMIMS), Mumbai for his outstanding achievements in professional and strategic fields.

With his innovative skill, unstoppable efforts and risk-taking capacity, he will be earning great achievements in various fields of life. A plethora of opportunities is waiting for him. There is an age-old idiom that fortune favours the brave.

This story is provided by Digpu. ANI will not be responsible in any way for the content of this article. (ANI/Digpu)