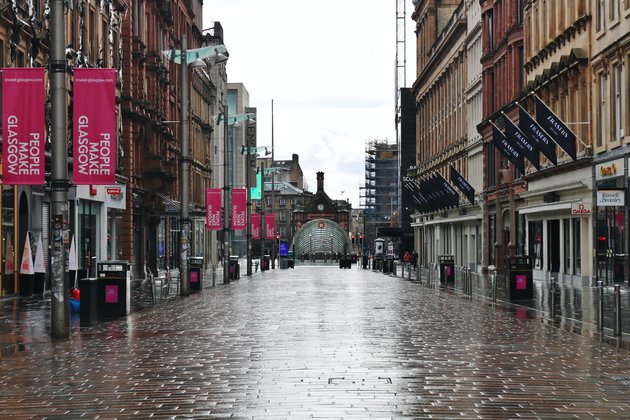 As a creative artist, my work explores how people interact with sound and how it impacts upon our daily lives through listening - that's active listening with attention, rather than passive hearing. I do this by using recorded sound, particularly sound which is associated with place, addressing issues of memory and identity.

This can be in pieces of music, sound installations or online sound maps, which I have been creating since 2005. My passion for listening comes from a concern that in an increasingly visually oriented world, it is easier for us to push sound into the background, rather than focus on it. To an extent, we've forgotten how to listen, but lockdown has provided us with a new opportunity. For many of us restrictions have given us more time and more space in our lives - but they have also changed the soundscape of our lives significantly.

Three days after the first lockdown began in the UK, I put out a call via social media to ask for help capturing sounds which had changed as a result of governments' actions around the world to curb the spread of the virus. It struck me that the extraordinary times in which we found ourselves would be worth documenting as far as the changing soundscape was concerned.

In recent years, I have become fascinated by how sound maps allow us to preserve non-permanent sounds, or ones that are about to disappear altogether - for example, capturing the soundscape of a location where a new road is about to be built. I believe this is the modern-day equivalent of what Canadian composer and researcher R Murray Schafer referred to back in the 1970s as "museums for disappearing sounds". I wanted to preserve the temporary sounds of lockdown for the future, while, at the same time, encouraging people to really listen.

I suggested four possible groups of sounds: recordings of empty city centres, loudspeaker announcements relating to the pandemic, birdsong - or other sounds which could now be heard in the absence of the normal urban din - and new community events (such as clapping for key workers). As well as the sound itself, I requested some text reflecting on how the sound was different and what had prompted the listener to submit it.

What has developed is an evolving, crowd-sourced sound map, built in the Google Earth Web environment, containing more than 230 sounds from 24 countries around the world. Icons locate the sounds on the map, each one with an explanatory box, with text and playback controls for the sound.

One of the first sounds submitted came from someone trying to get back to the UK on one of the last flights out of Spain in late March. He recorded this in Barcelona Airport as he waited for his flight.

This is a very good example of sounds being "revealed" - air conditioning units, beeps from reversing trucks outside - as a result of the removal of sounds which would normally be present, such as the chatter of hundreds of other travellers and the roar of multiple aircraft. While 31 sounds submitted were COVID-related announcements, such as on trains, almost 70% of the sounds submitted were revealed in some way or other.

Another sound revealed was one which featured in almost 90 of the submissions - birdsong. With no planes in the air and hardly any traffic on the roads, we began to hear more and more natural sounds, even in cities.

During lockdown we began to spend more and more time on video-conferencing platforms, for work as well as domestic activities. Gatherings moved online and this recording of the Lord's Prayer recorded over Zoom lets us listen to a community activity, which would normally happen in one place, coming instead from a number of locations.

What's clear from the comments made by those submitting, particularly in recordings which reveal previously hidden sounds, is a renewed and affectionate consideration of our sound environment, with mindful reflection and the importance of the listening activity to our well-being. This is borne out by comments from participants:

Observations of urban environments mixed with people excited about a new sense of tranquillity which gave them the chance to feel closer to nature:

Listening to places is fundamentally important to us as human beings. We continue to search for ways to understand our relationship with these places and our identity by preserving memories. In the past, we have told stories, drawn paintings and taken pictures. With the advent of new recording technologies, we can now make sound recordings to preserve these memories.

It took a pandemic to give many of us the time and space to listen to the sounds around us. Let's hope this is one of the things we can take from this immensely difficult time to help enrich our lives in a post lockdown world - by seeking out these sounds which brought us comfort and by keeping our ears open to experience fully the soundscapes we live in.

The COVID-19 Sound Map can be found here using Chrome, Edge or Firefox web browsers. If you are interested in submitting a sound, please use the form here.